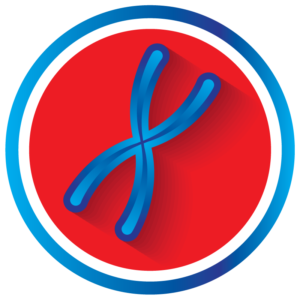 The sequencing of the human genome, the characterization of the patterns of human genetic variation, and technological and methodological advances in genotyping and sequencing studies have underwritten a veritable explosion in genetic discovery. Crucially, these studies have queried the entire human genome in an agnostic fashion, free from the constraints of pre-existing biological knowledge and thus enabling the implication of heretofore unsuspected pathways. Larger sample sizes achieved via international collaboration, improved imputation methods and next-generation sequencing techniques have expanded the allele frequency spectrum for variant association, allowing for the detection of low-frequency variants and the targeting of specific ethnic subgroups. In this manner, over the last decade, nearly 100 loci have been associated with type 2 diabetes or related traits in multiple populations.

Though together these variants only explain 10-15% of the inherited cause of type 2 diabetes, the approach has proven successful and the methods have been streamlined: it is likely that the accrual of larger sample sizes (e.g. in developing nations or large health care systems) as costs continue to drop will only continue to advance discovery. In the meantime, several key insights have emerged. The GWAS we and our collaborators have undertaken have established ?-cell function as the focus in type 2 diabetes pathogenesis, complementing prior observations in monogenic diabetes; they have revealed causal links between metabolism and circadian rhythmicity, fetal development or lipid regulation that were previously highlighted by epidemiological correlations; they have identified new pathways (e.g. zinc transport into ?-cell granules, KLF14 target genes in adipocytes, melatonin signaling, or monocarboxylate transport) in type 2 diabetes pathogenesis; and they have enabled a more comprehensive exploration of the genetic architecture of the disease, setting boundaries for the effect sizes and allelic series that comprise the likely universe of disease-causing variation. 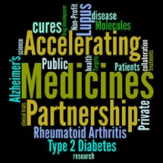 The Accelerating Medicines Partnership in Type 2 Diabetes is a consortium of government, academic and industry scientists advancing genomic discovery in T2D with a view to therapeutic development. Its central mandate is to construct a Type 2 Diabetes Knowledge Portal where genomic and metagenomic information on T2D and related phenotypes is assembled, curated, and deposited …

The GEnetics of Nephropathy – an International Effort consortium assembles investigators at the Massachusetts General Hospital, Boston Children’s Hospital and Broad Institute in Boston, the University of Helsinki, Queen’s University Belfast, University College Dublin, the University of Michigan and the University of Pennsylvania to discover genetic determinants of diabetic kidney disease (D). It catalyzed the formation … 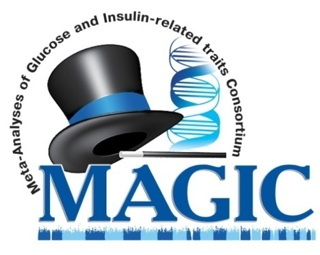 The Meta-Analyses of Glucose and Insulin-related traits Consortium was formed to identify the genetic determinants of quantitative glycemic traits in non-diabetic individuals. It has discovered multiple loci influencing fasting and dynamic masures of glycemia, insulin secretion and insulin action, as described in the publications section. In doing so, it has provided a rich dataset in …

An NIH-convened workshop [Pawlyk Diabetes paper] led to the formation of the Metformin Genetics Consortium, led by groups at the University of Dundee (Ewan Pearson, PI), the University of California in San Francisco (Kathy Giacomini, PI) and MGH/Broad (Jose Florez, PI). It seeks to assemble a large collection of samples where the pharmacogenetics of metformin …

The Slim Initative for Genomic Medicine in the Americas is a partnership between the Fundación Carlos Slim the Broad Institute and Mexican collaborators to advance research on key diseases of relevance in Latin America, such as cancer, type 2 diabetes, and kidney disease. The type 2 diabetes component has made the following fundamental discoveries: Association … 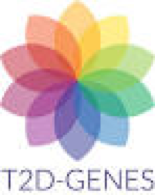 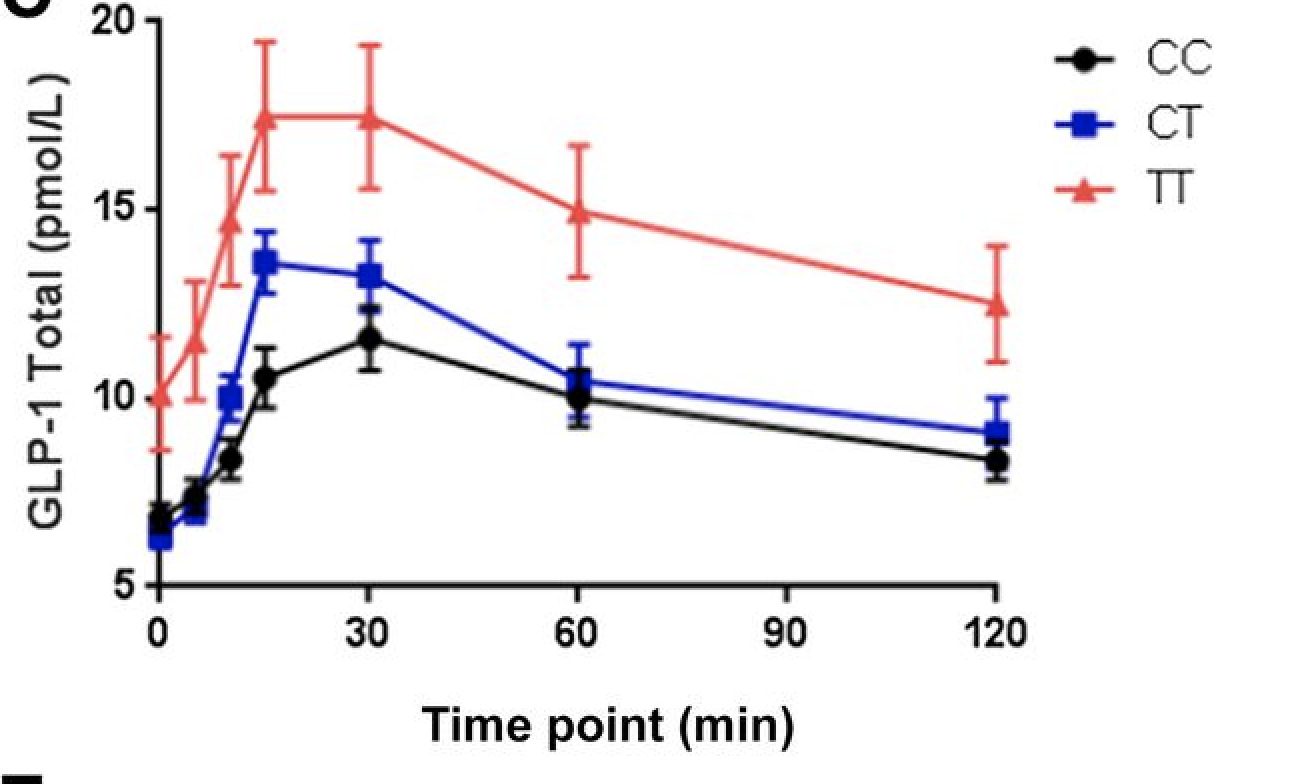 TCF7L2 Genetic Variation Augments Incretin Resistance and Influences Response to a Sulfonylurea and Metformin: The Study to Understand the Genetics of the Acute Response to Metformin and Glipizide in Humans (SUGAR-MGH)

OBJECTIVE The rs7903146 T allele in transcription factor 7 like 2 (TCF7L2) is strongly associated with type 2 diabetes (T2D), but the mechanisms for increased risk remain unclear. We evaluated the physiologic and hormonal effects of TCF7L2 genotype before and after interventions that influence glucose physiology. RESEARCH DESIGN AND METHODS We genotyped rs7903146 in 608 … 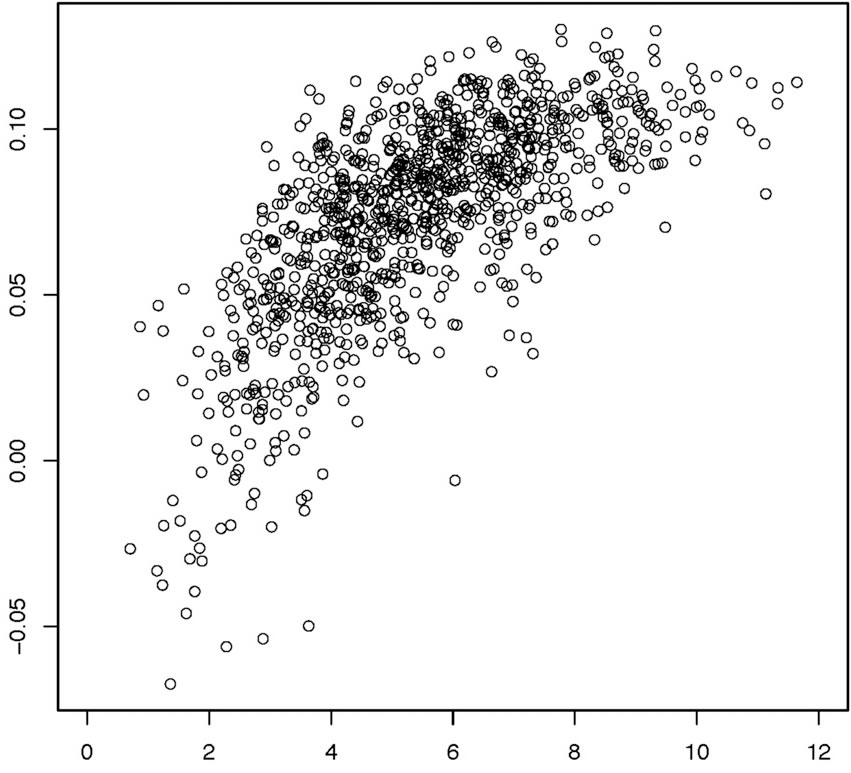 Genome-wide association studies (GWAS) have found few common variants that influence fasting measures of insulin sensitivity. We hypothesized that a GWAS of an integrated assessment of fasting and dynamic measures of insulin sensitivity would detect novel common variants. We performed a GWAS of the modified Stumvoll Insulin Sensitivity Index (ISI) within the Meta-Analyses of Glucose …

The genetic architecture of type 2 diabetes

The genetic architecture of common traits, including the number, frequency, and effect sizes of inherited variants that contribute to individual risk, has been long debated. Genome-wide association studies have identified scores of common variants associated with type 2 diabetes, but in aggregate, these explain only a fraction of the heritability of this disease. Here, to … 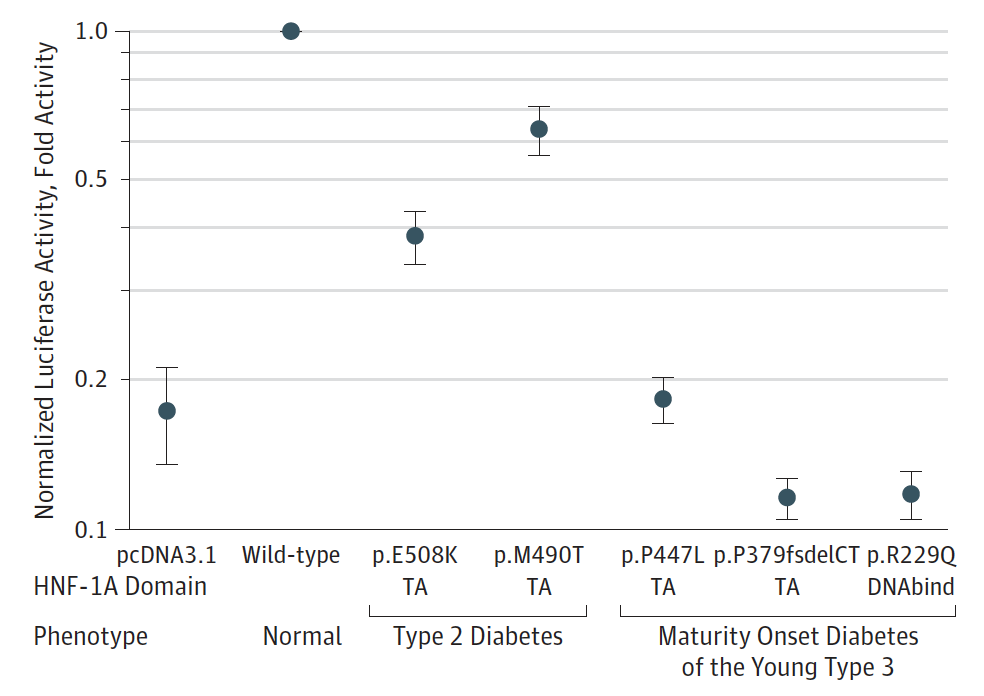 IMPORTANCE: Latino populations have one of the highest prevalences of type 2 diabetes worldwide. OBJECTIVES: To investigate the association between rare protein-coding genetic variants and prevalence of type 2 diabetes in a large Latino population and to explore potential molecular and physiological mechanisms for the observed relationships. DESIGN, SETTING, AND PARTICIPANTS: Whole-exome sequencing was performed …

Performing genetic studies in multiple human populations can identify disease risk alleles that are common in one population but rare in others, with the potential to illuminate pathophysiology, health disparities, and the population genetic origins of disease alleles. Here we analysed 9.2 million single nucleotide polymorphisms (SNPs) in each of 8,214 Mexicans and other Latin … 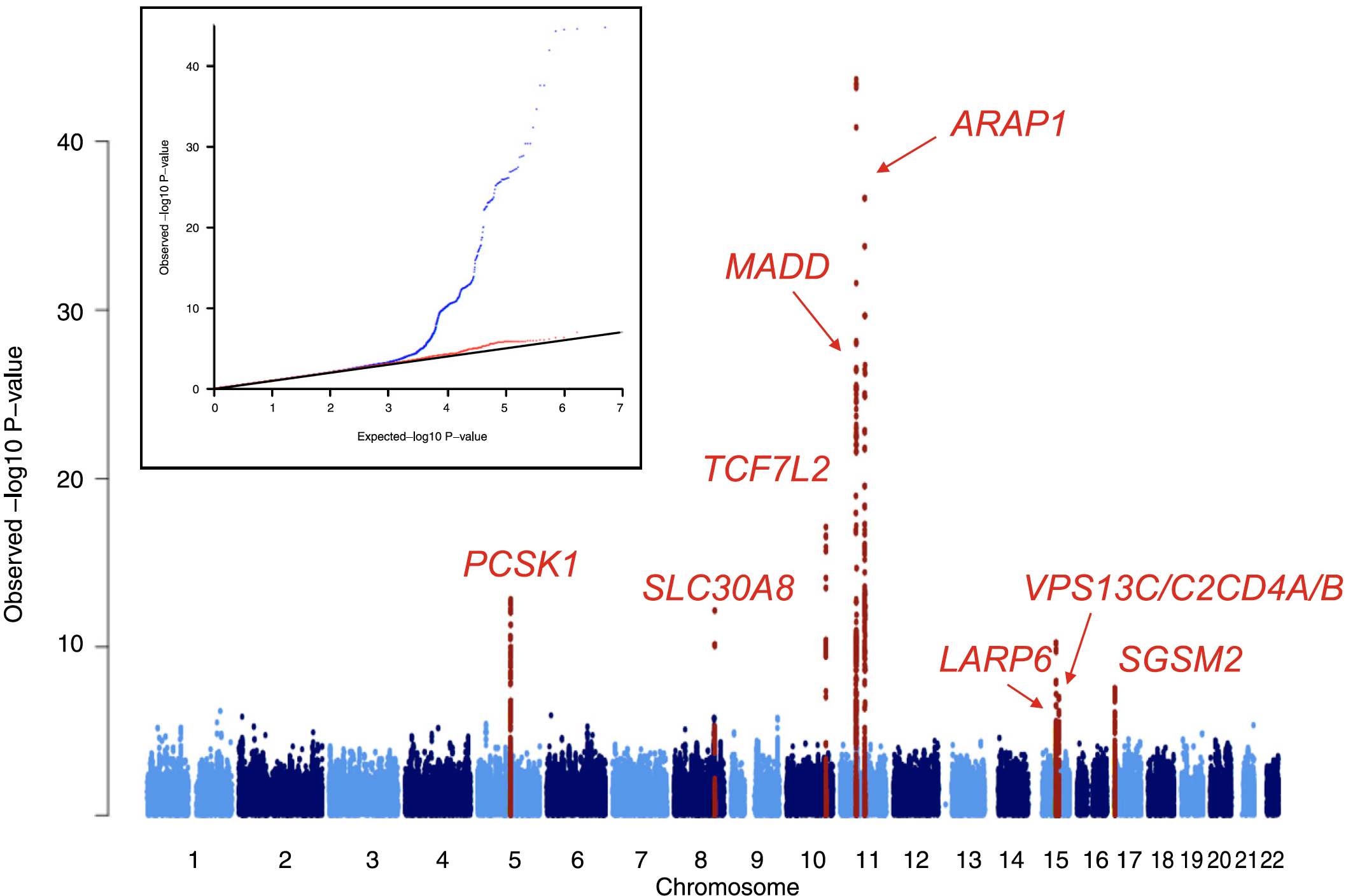 Levels of circulating glucose are tightly regulated. To identify new loci influencing glycemic traits, we performed meta-analyses of 21 genome-wide association studies informative for fasting glucose, fasting insulin and indices of beta-cell function (HOMA-B) and insulin resistance (HOMA-IR) in up to 46,186 nondiabetic participants. Follow-up of 25 loci in up to 76,558 additional subjects identified … 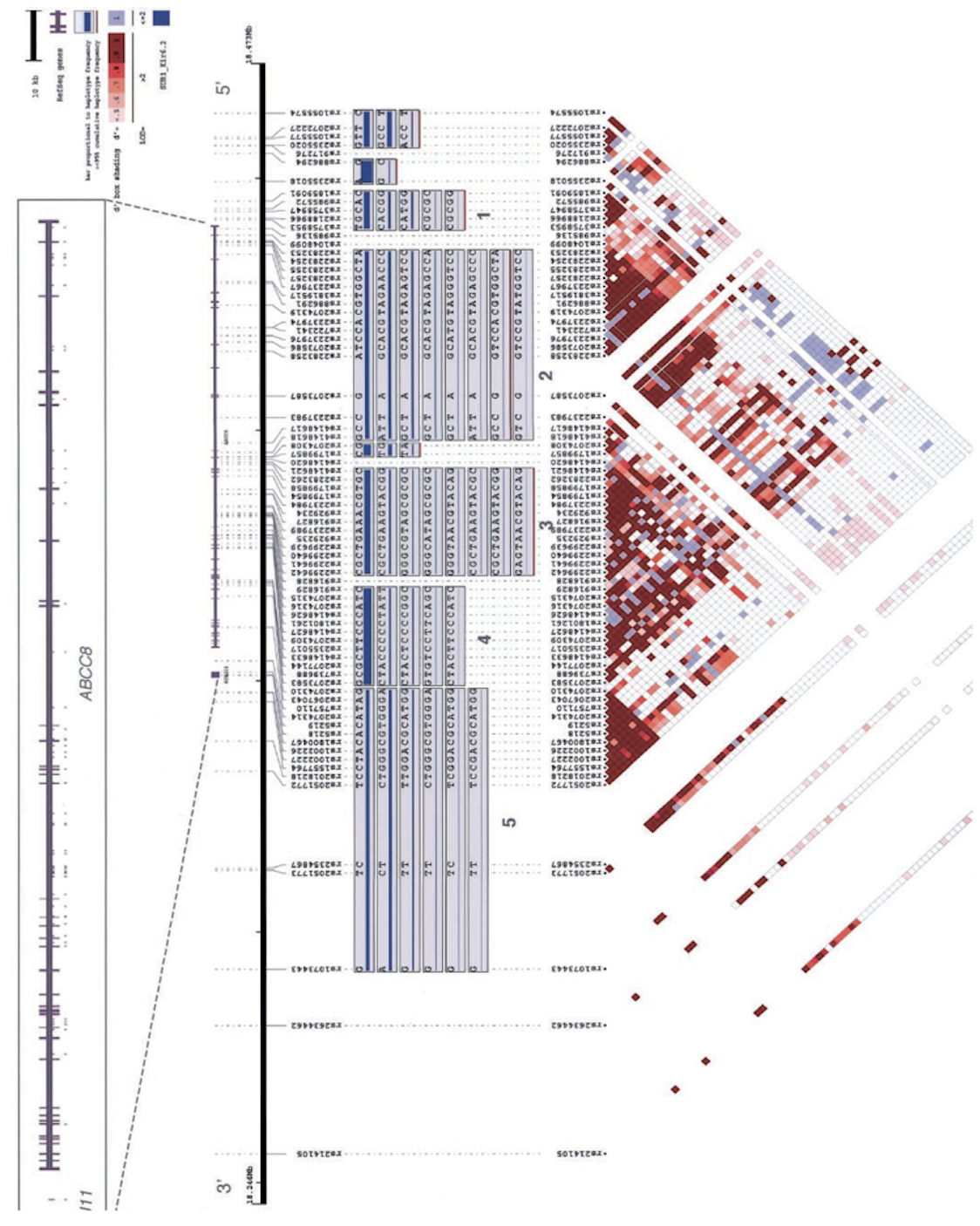 The genes for the sulfonylurea receptor (SUR1; encoded by ABCC8) and its associated islet ATP-sensitive potassium channel (Kir6.2; encoded by KCNJ11) are adjacent to one another on human chromosome 11. Multiple studies have reported association of the E23K variant of Kir6.2 with risk of type 2 diabetes. Whether and how E23K itself-or other variant(s) in …